The perception that Khalimans took the fight has evolved following the alchemical war. Initially the fight was not an art among others, with all that that name implies spontaneity, creativity and individuality. Facing the legions of the Triad has taught Khalimans the need to adopt a permanent and organized army, able to respond quickly and effectively. The regular army was then constituted from chourtas, urban militias that were already in place. Due to the geographical characteristics of the Republic, the Senate chooses to have not a centralized structure but two divisions strictly identical in structure and operation.

The western division is established in the Caliphate of the Green Forest, is led by Mullah Ibn Arsalahm Suleman. Although this rugged veteran master the art of war in many forms, there remains an outspoken supporter of brute force, the outspoken and intimidation of the opponent. Cruelly disfigured by Mordren blade Klarmen he keeps this incident a gash on his face and a sharp grudge against Avalon.

The eastern division is established in the Caliphate of the Garden of Tears, it is led by Mullah Othman Ibn Malikh, former senator who abandoned the courtroom for the benefit of barracks. He is in favor of cunning and more epic battles that conspiracy, which he cost too many lives. Rumor says he would trust to benefit the visions of the oracles as reflections of the Senate and, more specifically, to a certain Sajidah Bint Sorhna whose dire predictions are questioned by the Sisterhood. 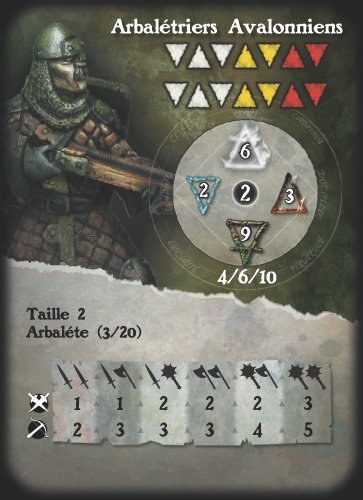 Each division is organized into four distinct bodies, each headed by a rais.


Along with this army of warriors always remain artists attached to the traditional approach and the most famous of which are the ifrit’qaniss.